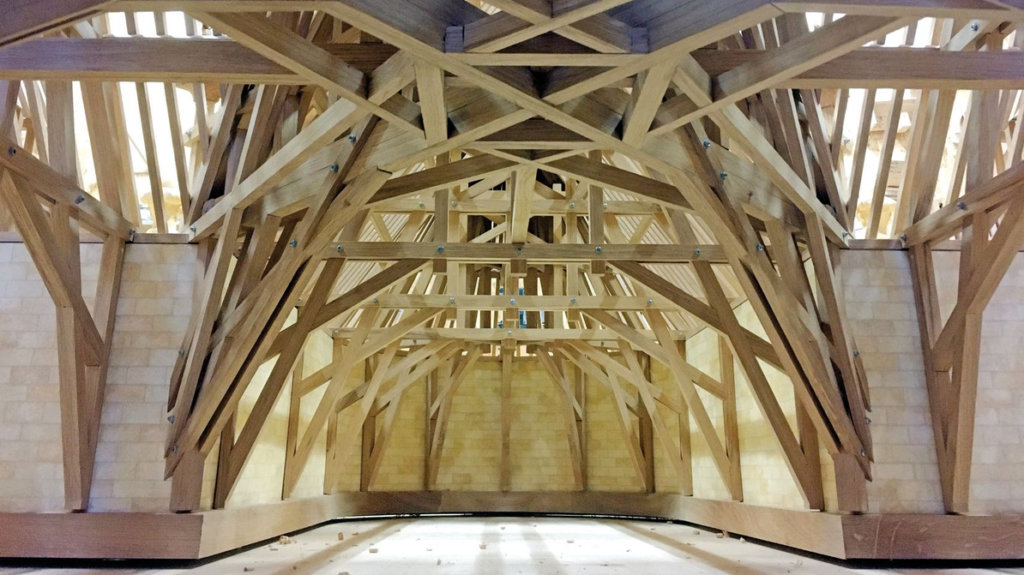 In eight months and 3,500 hours of work, three companions have produced a 1:20 scale reproduction of the missing framework.

In anticipation of the second anniversary of the terrible fire at Notre Dame, which occurred on April 15, 2019, a group of companions of the Tour de France has made a wooden model of the frame as it will be rebuilt identically.

To assemble it, it took three young journeymen, Valentin Pontarollo, Armand Dumesnil and Yann Férotin, based in Anglet in the Basque Country, 3500 hours of work over eight months. On the blond wood structure, one can recognize, finely sculpted, the statues and the rooster of the spire.

The model will be exhibited at the Paris City Hall in September during the European Heritage Days, said Pascal Jacob, president of the association Restore Notre-Dame, a partner in the project.

The exhibition of the model in Paris should be an opportunity to communicate on the processes of wood transformation, the carpenter’s trade, the reproduction of old techniques combined with the creation of future techniques, the difficulty “to find new hands and to arouse vocations”, said Christophe Augeard, president of the Compagnons du Tour de France d’Anglet, who led the project of the three companions.

One of the social missions of the Notre-Dame site, included in the July 2020 law, is precisely to promote and enhance the art trades, such as carpentry, as promising careers for young people, in the midst of the economic crisis due to Covid-19.