Dictionary of Building and Civil Engineering 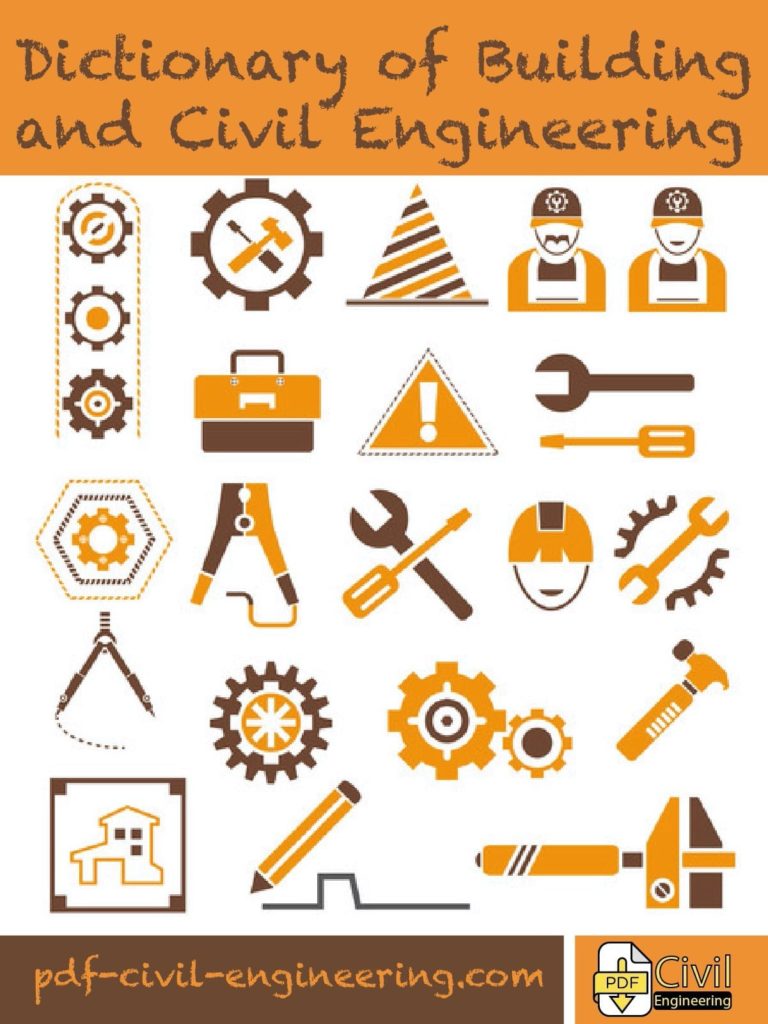 Don Montague is a Chartered Engineer (MICE, MIMechE) with experience in many fields of engineering, building and construction. He read Engineering Science at Oxford (MA) and then did pioneering work on machine design using the early DEUCE digital computer in the 1960s. Subsequently he worked in the public service in timber research (AJWSc), became deeply involved in environmental conservation and began a love affair with the practice of building.

In 1971 he joined Ove Arup & Partners and spent his first five years with them co-ordinating multi- disciplinary building design teams. After a period running his own structural component firm he rejoined Arups and became responsible for their engineering specifications, design guides and feedback notes. He has published articles on a wide range of topics, from environmental conservation to structural components, and integrated design to maintenance of building services. He retired as Technical Director of Arups in 1991.

A life-long interest in the French language and life led him and his wife to move to France, where he is now as busy as ever working for himself with local French building professionals.

No dictionary of this kind is the work of one person, and I am delighted to acknowledge the help and encouragement I have had, particularly from former colleagues at Ove Arup & Partners, Consulting Engineers. Chris Barber, Mike Bussell, Paul Craddock, Steve Dyson, Steven Groâk, Martyn Harrold, Mike Holmes, David Lush, Alain Marcetteau, Gordon Puzey, Brian Simpson, Bob Venning and others have all contributed, provided lists of words or translations from their work in the UK and France, or offered good advice or further contacts.

In France I have had the pleasure of working with Christian Barreau, Yves de Bazin, Maître Gilles Cathus, Albert Cologni, Jacques Deltreil, Laurent Dupuy, Francis Framarin, Guy Lung, Maître Jacques Marie, Roger Mirabel, Laurence and René Orazzio, Roger Roccon, Maurice Teulet and André Vincent, their colleagues and staff, who have taught me a great deal of French architectural, building, legal and property terminology, in the office and on site.

The Translation Service—Terminology—of the European Commission has been very helpful, allowing me to collate terms from its multilingual glossaries Roads (1978) and Construction (in draft 1995), the latter being particularly helpful in the field of health and safety at work. Cooperation with Madame Fiamozzi of this Service has been enjoyable and fruitful.

I am grateful to REHVA (the Federation of European Heating and Airconditioning Associations) for allowing me to make use of technical terms from its International Dictionary of Heating, Ventilating and Air Conditioning (see Appendix B).

Manufacturers’ catalogues have provided examples in their own languages, in particular Legrand SA, whose information on electrical equipment has been invaluable. Single language dictionaries and encyclopaedias have also proved very useful in the difficult task of defining meanings and selecting and discarding terms in each language. The more important works that I have referred to are listed in Appendix B.

Finally, without the encouragement and support of my editors, Caroline Mallinder and Fiona Weston, and my wife Maureen, I would not have retained my sanity or ever have completed this dictionary. I offer my grateful thanks to them and everyone else who has helped, in particular at Chapman & Hall, and absolve them all for any mistranslations—these are all my own work!

If you, kind readers, spot any of these errors, or can think of words that should have been included but were not, please write to me and let me know, c/o Caroline Mallinder at E & FN Spon.

This bilingual dictionary is aimed at both professionals and private individuals, English and French-speaking, who are involved in property, building, and civil engineering construction in each other’s countries.

Deciding what to include and what to leave out has often been difficult. My first rule has been to try to put myself in the place of someone involved in a practical way with property dealing, development, architectural design, building, civil engineering, and construction generally and to ask myself what words I would meet in communicating with professionals and tradespeople in the office and on-site, what questions I need to ask, and what I would want to be able to express. Having worked in these fields in the UK and France for many years, I have come to realize that simple lists of nouns in the two languages are of limited use and that many technical terms are simply not given in standard bilingual dictionaries. My aim in this book is to fill some of these gaps.

To start with, the built environment exists within the natural environment, and so I have included some basic words for geographical and topological features. Such terms may be used in describing land and property for sale, and also in the investigations needed before buying land for building or development.

Before one can start to build, surveys, planning and official approvals, architectural and engineering design, budgeting, raising finance, and drawing up of specifications and contract documents may all be necessary, so I have included some of the more commonly used technical terms in these fields.

Any construction must be based on foundations, so I have started in the ground with geological and soil mechanics terms and worked upwards through drainage, structures, mains supplies, services installations, and cladding, to roofing and finishes terminology, covering the materials, tools, and techniques involved, plus terms for parts of different kinds of buildings and civil engineering structures.

Modern buildings may be engineered to a high degree by consultants or other specialists. I have included some vocabulary from the fields of acoustics, air-conditioning, communications, computers, controls, electrical and fire engineering, geotechnics, public health engineering, timber structures, welding, and so on. Repair and restoration are increasingly important, so I have included many terms for existing features of buildings and their rehabilitation.

During the construction, process weather may affect progress in different ways, so I have included some meteorological terms. Quality control and testing are parts of the modern construction process, and I have included some relevant vocabulary. Similarly, purchasing, transport, approvals of work, contract administration and payments, and health and safety at work are parts of the process of building and have their specialist terminology.

In building, things may go wrong, delivery and progress problems may occur, differences in interpretation of specifications may lead to discord, and ultimately the parties involved may reach for their lawyers and even arrive in court. I have included some terms which could come in handy if things do turn out badly.

To round off, I have tried to cover some of the things you may want to say to architects, builders, and others in the office and on-site, in terms of how things should be done and questions you may need to ask: ‘make this higher, move that light switch, this colour is too dark, do you have this in stock, if I pay cash will you give me a discount, when will the tiles arrive on-site?’ and so on. The words you need are not always found in conventional technical dictionaries, and I hope that including some of them will make life easier.

Technical vocabulary develops all the time. Not only are new terms created, but new variations on old terms arise when people with different educational or technical backgrounds try to describe the same thing. Which is the definitive translation? In many cases, it is simply not possible to decide, and I have given several different versions that readers may meet in practice.

To cover all these fields is clearly a tall order, and different specialists will always be able to add particular, perhaps less used terms from their own fields. There is the problem of where to stop: which apparently everyday words to include with the particular meanings given to them by building professionals and which to leave out. I hope you will find the balance and coverage of this dictionary both useful and refreshing.

Please read the short section that follows on how to use the dictionary; it will help you to get the best out of this book. Two appendices are also provided: Appendix A covers ‘False Friends’, words whose translation is not always what one might think, and Appendix B contains useful general references.

Keywords are given in bold type and translations appear in normal type. Where the same keyword may be used as an adjective, noun, or verb, the translations are given in that order. For compound expressions such as clean air and air blower, the noun air is the keyword, and they appear in the following order:

with the comma in the key compound indicating that the word(s) after the comma modify the first word. Similarly, in French, with arrêt m as the keyword we have:

English does not have hard-and-fast rules about whether two-part compound terms are separated by spaces or by hyphens or run together, and there are sometimes similar problems in French. If you cannot find such a compound with a space, try further on where it may be given as one word or hyphenated. For simplicity, we have treated hyphenated words as single words when deciding where they should appear alphabetically. For example:

More complicated compound phrases such as direct expansion refrigeration may sometimes be found under more than one key noun, to save time, but will generally not be found under a key adjective. In English, compressed air and reinforced concrete are among the exceptions.

Alternative translations are separated by a slash (solidus) or a comma: abutment appui m, butée f

There are two French words for abutment, and air brick can be brique alvéolée, brique à alveoles, etc. Where words are included in brackets in both English and French, these correspond to additional meanings:

A word does not, of course, have a biological gender, but nouns in French do have gender, described conventionally as ‘masculine’ and ‘feminine’, and any adjectives that qualify them generally have correspondingly different endings. In some cases, a French noun may have entirely different meanings depending only on its gender. For example, the feminine noun grave means aggregate for road construction, while the masculine noun grave means an accent on a letter or a low register in music.

Unfortunately, it is impossible to give absolute rules for determining whether a noun is ‘masculine’ or ‘feminine’. For example, a tractor is un tracteur, while a drill is une perceuse, a trench-digging machine is une trancheuse, while a labourer who digs trenches is un trancheur. Thus the gender of each French noun has to be given throughout this dictionary. Where professions are concerned the masculine or common forms are given; the feminine versions are formed in accordance with the rules given in standard French dictionaries and grammars. Similarly, for space reasons, only the masculine singular forms of adjectives are given, as standard works give the rules for forming the feminine and plural versions.

There are many comprehensive grammatical guides to French and English, and this dictionary does not try to do its job. Thus irregular, reflexive, transitive, and intransitive verbs, adverbial and adjectival phrases are not identified as such. For advice on these topics, the standard works listed in Appendix B are invaluable.

The basic, necessary grammatical information in this dictionary is given in abbreviated form, in italics, after the word it refers to:

These are given in square brackets. For example:

Where everyday words are used with a particular technical sense in a limited area of building or civil engineering, the area or discipline may also be given in square brackets. For example:

Some commonly used initials are given in round brackets after the phrase they abbreviate.

A symbol is used, after the word it refers to, as additional guidance: † = an abbreviation or an informal or slang expression 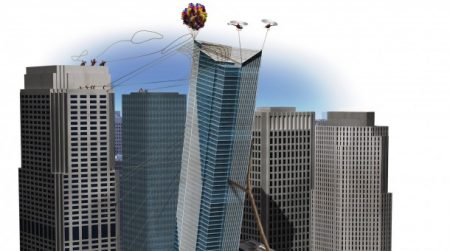 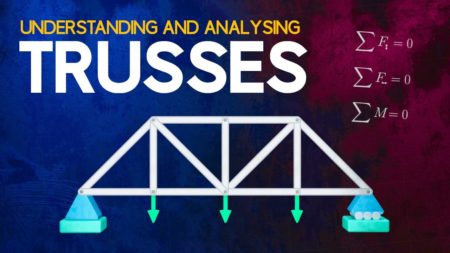 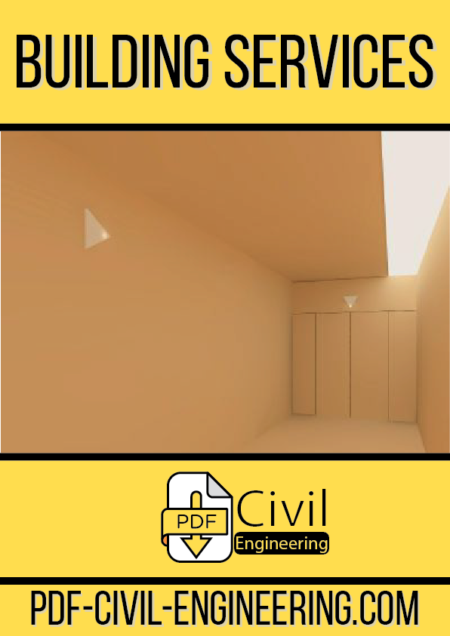 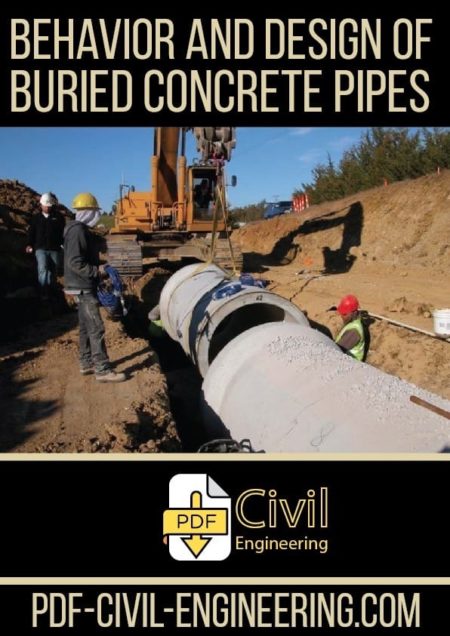